The project challenges some of the premises for AiR programs, where it is most common for guest artists from outside to be invited to explore a given place. In this residency program leading up to LIAF 2022, a group of regional artists who already have a strong connection to the place are invited. LIAF 2022’s curatorial duo Francesco Urbano Ragazzi also want to question what a local or regional artist is. They have therefore chosen both artists born and raised in Northern Norway and artists with other backgrounds, who have made Northern Norway their base for artistic activity. In the selection, it has also been important for the curators that these artists have a varied practice that includes and contributes to the development of local communities in the region.

About the selected artists:

New Mineral Collective is a platform that looks at contemporary landscape policy to better understand the nature and extent of human interaction with the earth’s surface. As an organism, NMC infiltrates the extraction industry with alternative forces such as desire, bodily extraction and so-called counter-exploration. Counter-exploration is used as a method to counteract geological analysis and extraction, and rather use annexation of land to heal the wounds in the landscape. NMC’s projects have been screened nationally and internationally, including the SIART Bolivia International Art Biennial, Artists’ Film International Season 7, organized by the Whitechapel Gallery; the first art biennial in Toronto; SeMA Seoul Museum of Art; On Earth, Structure and Sadness, at Serpentine Galleries, UK; the Swedish Center for Architecture and Design, Stockholm; and most recently as part of the Swimming Pool: Troubled Waters, currently at the Künstlerhaus Bethanian, Berlin. Since 2015, the artists Emilija Škarnulytė (born in Vilinus, Lithuania, living in Tromsø, Norway) and Tanya Busse (born in Moncton, NB, Canada, living in Tromsø, Norway) have run NMC.

Tanya Busse from New Mineral Collective explains that there´s a political element to choosing artists based in or working in the context of northern Norway:

“With the climate and ecological emergency, I think art institutions and organizations can play a role in creating fundamental societal change by focusing more regionally. It is, for example, more sustainable, it cuts carbon emissions, etc. The decision to focus regionally touches upon overarching issues that are pretty urgent to reflect over these days.”

Arctic landscapes, sounds from the surroundings, mythologies and rituals are some of the things that inspire the composer and interdisciplinary artist Tine Surel Lange (b. 1989, Vesterålen, based in Lofoten). Based in Eggum in Lofoten, she creates works, all of which are based on organic material, where listening is central. Lange has a strong focus on place and space, and how these factors can affect how we listen or experience a work. In recent years, she has focused on sound choreography, 3D sound, sound objects, sound for stage productions, and on creating conceptual works for sound and image – often fascinated by magical realism and the (coming) doom of mankind.

Elina Waage Mikalsen (b. 1992 in Bergen) is a multidisciplinary artist and musician from Romssa / Tromsø, currently living in Oslo. She works with performance, textiles, installation and text, almost always connected to sound and sound performance. Mikalsen completed his BA in visual arts at the Academy in Tromsø / Nordland School of Art and Film in 2017, and in the spring of 2021 took her MFA at the Academy of Fine Arts in Oslo. In 2015, Mikalsen was named ‘Young Artist of the Year’ at the international indigenous festival Riddu Riđđu, and has since participated in a number of group exhibitions and performance programs.

Through filming, editing and compiling found material and experienced stories, Lars Laumann (b. 1975 in Brønnøysund) creates a form of virtuoso film collages with an extensive gallery of characters. Collaboration with other artists, filmmakers and musicians is crucial to the result. The artist draws his inspiration from the fringes of popular culture and explores people and phenomena that exist on the edge of society. With a global view of both popular cultural icons and contemporary political conditions, he sheds light on the more complex forces in our culture. He is especially known for his video works which, among other things, have been shown at the 5th Berlin Biennale, Kunsthalle Basel, Oslo Kunsthall, Künstlerhaus Stuttgart, ICA in London, the National Museum and the Astrup Fearnley Museum in Oslo. Laumann has also had a number of solo exhibitions, including at the Artists’ House in 2016, the Grand Union in Birmingham, Great Britain and the West in the Hague, the Netherlands. Lars Laumann is a graduate of the Norwegian Academy of Fine Arts in Oslo (2001).

«ARCTICulation» was the title of Bodø’s application as European Capital of Culture, and deals with the English words: arctic, art, culture and communication.

Bodø and Nordland have been working since 2015 to become the European Capital of Culture (ECoC) in 2024. After the EU Parliament approved Bodø as an applicant city in the summer of 2017, this work could be started in earnest. In October 2018, a pre-qualification application was submitted to the EU. In November of the same year, the news came that Bodø was selected as one of three pre-qualified applicant cities, outside the EU, for the European Capital of Culture (ECoC) 2024.

On Wednesday 25 September 2019, it became clear that Bodø and Nordland will become European Capital of Culture 2024. The head of the jury for the EU’s cultural expert jury, Jiri Suchanek, was responsible for the official announcement that took place at the House of European History in Brussels. 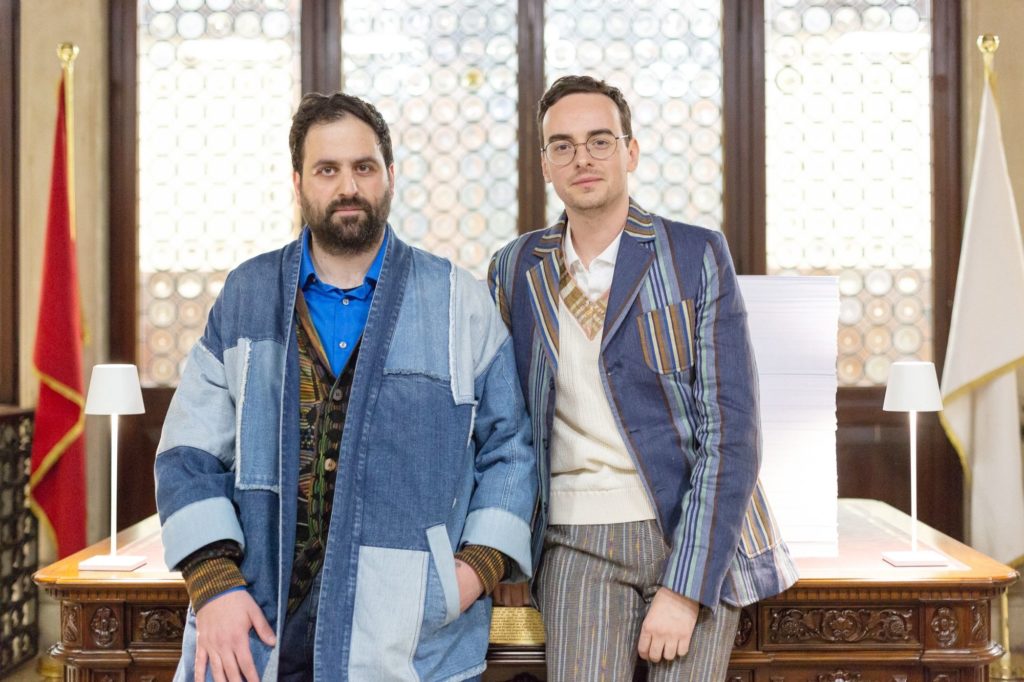